(the procession starts just after the ending of the mass (Not before 21.15 hours)

Description: The image of Nuestra Señora de las Angustias, patron saint and permanent Mayoress of Medina del Campo, is accompanied during the procession by the brotherhood Archicofradía de Nuestra Señora de las Angustias, carrying the Staff of Power that has been previously handed over by the Mayoress of the city. Due to the strong devotion that people from Medina feel to this image, traditionally known as “the Painful Virgin”, a Salve or Hail Mary is sung when the image of the Virgin Mary reaches the church.

The Nazarene of the Cross is commonly known in Medina as “Nazareno Pequeño” (“Small Nazarene”) due to its small size (85cm). It is great masterpiece made using the wood carving technique for the feet, hands and head. The rest of the image is made of papelón, a technique that mixes paper, cardboard, and glued clothing to give shape to the images. It is one of the few processional images made of papelón that has arrived to our days and can be still seen in a procession.

Description: Only the young members of each brotherhood and the music band of Nuestro Padre Jesús Atado a la Columna accompany this image during the procession. La Borriquilla was brought to Medina del Campo in 1945, thanks to the contribution of children who were taking catechism classes. This is the only procession in which the silence is broken due to the rejoicing and cheerful attitude of the children who accompany the image.

The Blessing of Palms is carried out at the High Altar of Santiago el Real Church.

Procession of the Judgment (21 hours)

Description: The Brotherhood Cristo en su Mayor Desamparo, accompany a processional image, Cristo Preso. The members of the brotherhood read a judgment when the image arrive in the judged.

Description: The Penance Christ is accompanied during the procession by men and young males. Penance Rosaries started in 1954 when a group of young people decided to involve local men in asking God for the ending of the invasion of Hungary by the Russian troops. In its early years, the Penance Christ and a Solitude Virgin started the procession from San Martín Church. This procession faithfully keeps the austere nature of these kinds of religious celebrations in

Castile, where men and young males who participate sing Avemarías or Hail Mary songs and penitential canticles during the procession.

Description: The Brotherhood El Calvario and its music band accompany the Crucified Christ in a popular and penitential procession. People from Medina could walk with the image in a silent environment where the only noise is the one of the prayers and the music.

Description: The brotherhood of El Santo Descendimiento del Señor accompanies the Christ of the Via Crucis during the processional march. Along the itinerary, there are XVI stations and in each of them a stop is done for people to meditate. It is impressive to see over 3 thousand people accompanying the

Crucified Christ, where the silence is broken by the prayers and canticles of the believers. The stations will be filled by the members of the every brotherhood carrying 14 crosses that will start the procession.

The members of each brotherhood march with their habits but this is the only procession in which they do not wear their cape. Furthermore, all of them carry a forge lantern with a candle. Every paso or float is carried on the shoulders of the members of the brotherhood with the help of forge frames or platforms without lights, ornament nor flowers. The brotherhood’s music bands accompany this procession only with drums. It is worth listening to the Miserere song at the end of the procession where the members of each brotherhood sing breaking the silence of the night in the middle of the main square (Plaza Mayor) which is illuminated exclusively by the candles. This procession is the most emblematic of the ones hold in the city.

Description: The Gothic Christ of Santa Clara is accompanied by the brotherhood El Santo Descendimiento del Señor and its music band. Along the procession, there are stops for meditating on the Passion of Christ. Once the image of the Crucified Christ arrives to the Mota neighborhood, the residents substitute the members of the brotherhood carrying the image all along their neighborhood, near the Castle of la Mota. It is impressive to see how this Gothic Crucified Christ walks next to the Castle of la Mota’s walls, ending in the Convent of las Madres Clarisas.

Procession of the Encounter (11.00 hours)

Description: The images of Jesus Nazareno “Jesus the Nazarene” and Ntra. Sra. de la Soledad are accompanied in two different processional marches by all the brotherhoods of the city and its music bands. It is one of the most accepted processions as two of the most appreciated images appear in it, Jesus Nazarene and the Virgin of the Solitude. Jesus Nazarene’s float has a system that enables the image of Jesus to kneel before the image of the Virgin when the encounter between them takes place. Meanwhile, a priest says a short prayer to the members of each brotherhood and believers. This is one of the most emotional moments of the Holy Week of Medina. As an innovation, Nuestro Padre JesúsNazareno will be carried on a frame or a platform for the first time.

Procession of the Silence (19 hours)

Description: In the procession of the Silence numerous pasos or floats, the whole number of brotherhoods and its music bands participate, which turns it in

one of the most important processions that are held in Medina, comparable to a museum in which some of the best images of crucified Christs of the 16th century are displayed. Along the itinerary, it is common to have some spontaneous Flamenco singers who want to offer their saetas (sacred songs) to some of the images. In addition, it is impressive to observe how at the end of the procession, the whole number of pasos or floats stay together at the atrium of the San Antolin Church paying homage to the Virgin of las Angustias, patron saint and perpetual mayoress of Medina del Campo.

Procession of the Release(1.00 hours)

Description: Every local brotherhood and its music bands accompany during the procession march the images of the Resurrected Christ, the Empty Sepulchre and the Virgin of the Joy. After the painful encounter that took place on Holy Friday, this is a happy meeting. The Resurrected Christ “rises” above its float while the Virgin takes off her black cape and in its position a while and light blue attire appears. During the encounter, the music bands interpret together the ‘Ode to Joy’, fireworks are fired and the Colegiata’s bells turn over. In addition, women who usually wear a black mantilla or Spanish shawl symbolizing, on Easter Sunday wear a white one representing the purity. Similarly, the white and black cord of the brotherhood is changed into a blue and white cord. 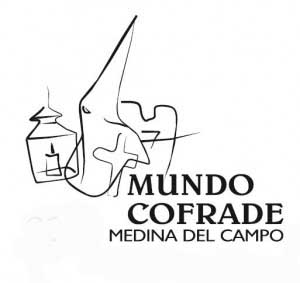